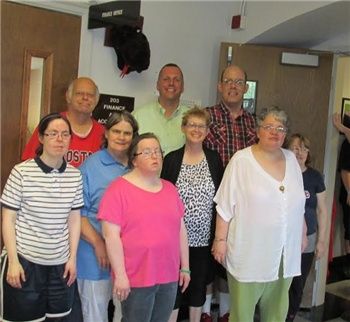 120 pieces of art are on display at Pawtucket City Hall, including work by Flying Shuttles artists, in celebration of the 25th anniversary of the American with Disabilities Act (ADA) and the 40th anniversary of the founding of VSA arts Rhode Island. The exhibit was celebrated with a reception and ribbon-cutting ceremony on June 12th, and will be up through August.